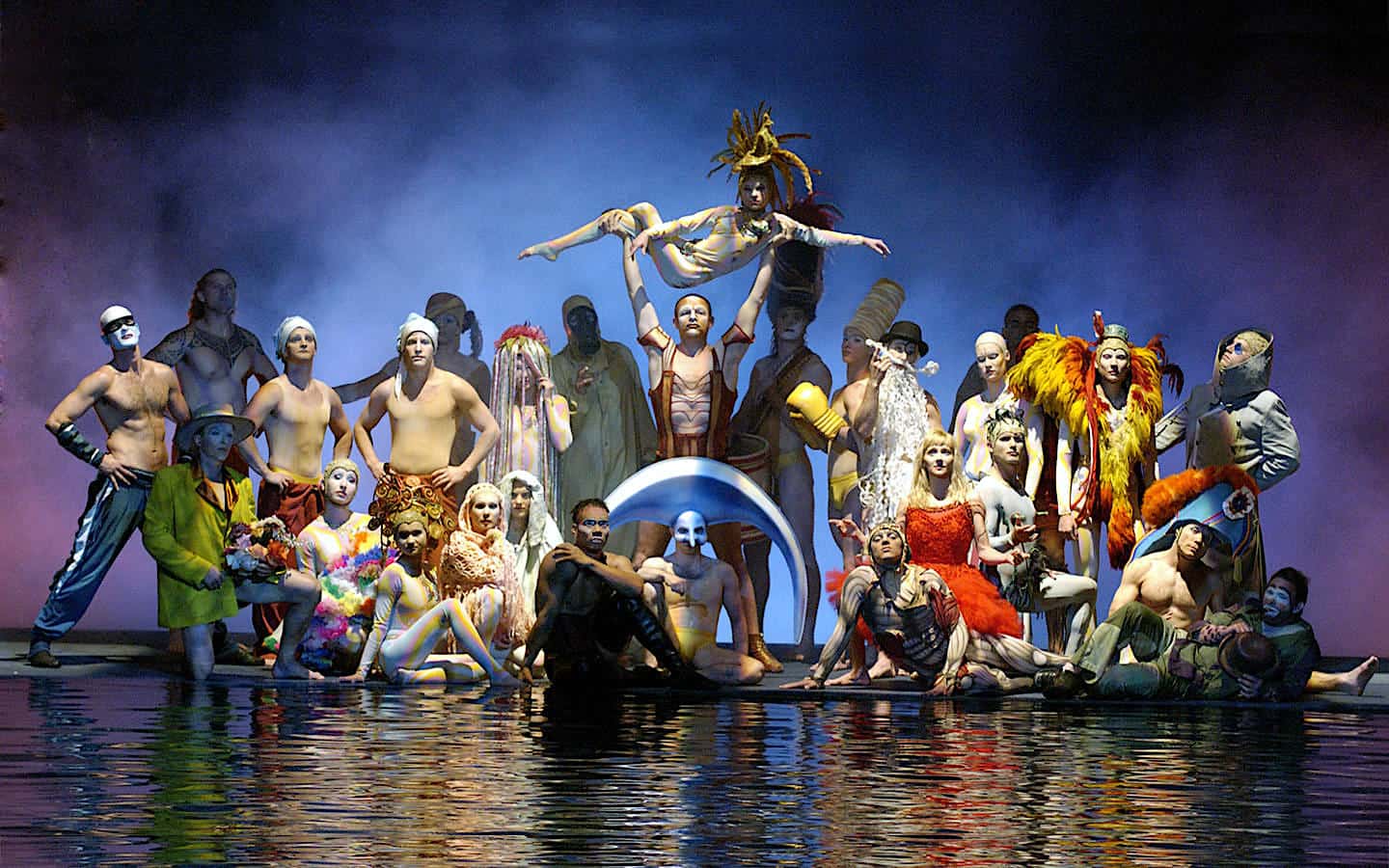 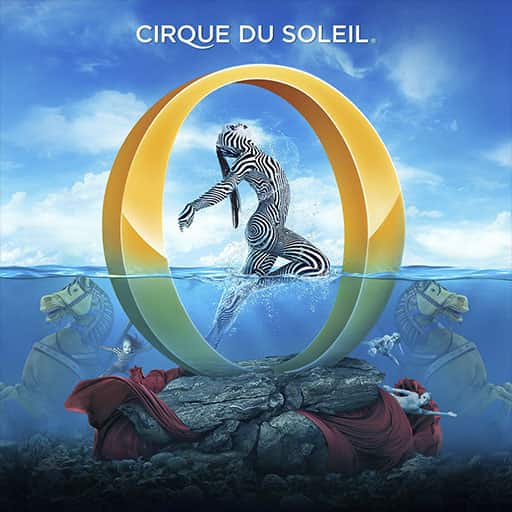 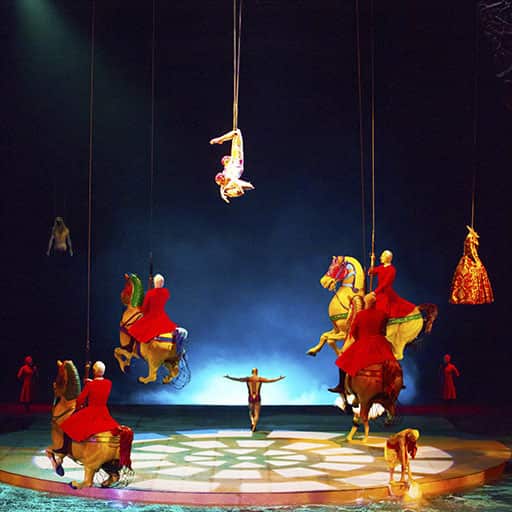 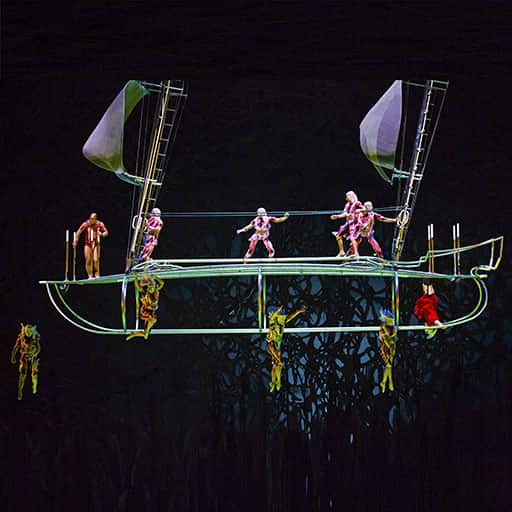 The history of the circus stretches back at least as far as the Romans, when popular entertainments were used to keep a restive population under control. In the modern world, going to the circus often meant bundling the kids into the car and gazing in awe at the lion tamers, clowns, and acrobats that made the spectacle so amazing.

It is somewhat surprising, therefore, that the entire circus concept was upended by a couple of Canadian performers. Yet that is exactly what happened when Cirque du Soleil brought their unique form of entertainment to the stage. And while there are many Cirque du Soleil shows out there, none is as bold, as beautiful or as demanding as O. 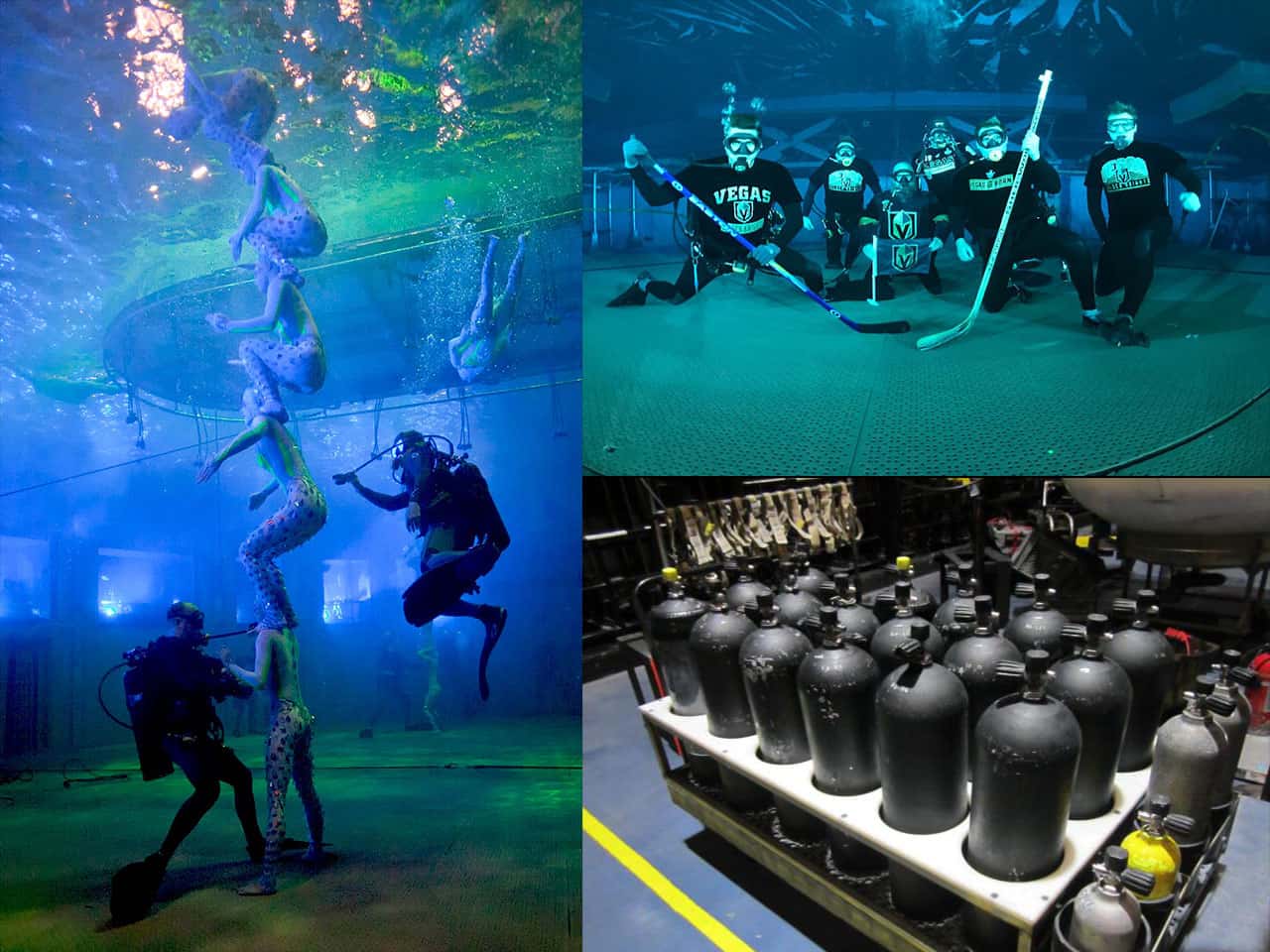 The set of O is truly magical, and it is surely a testament to the builders and designers who envisioned and created the 1.5 million gallon swimming pool. But it is the performers who really bring O to life, and they represent the pinnacle of achievement in a wide variety of disciplines. 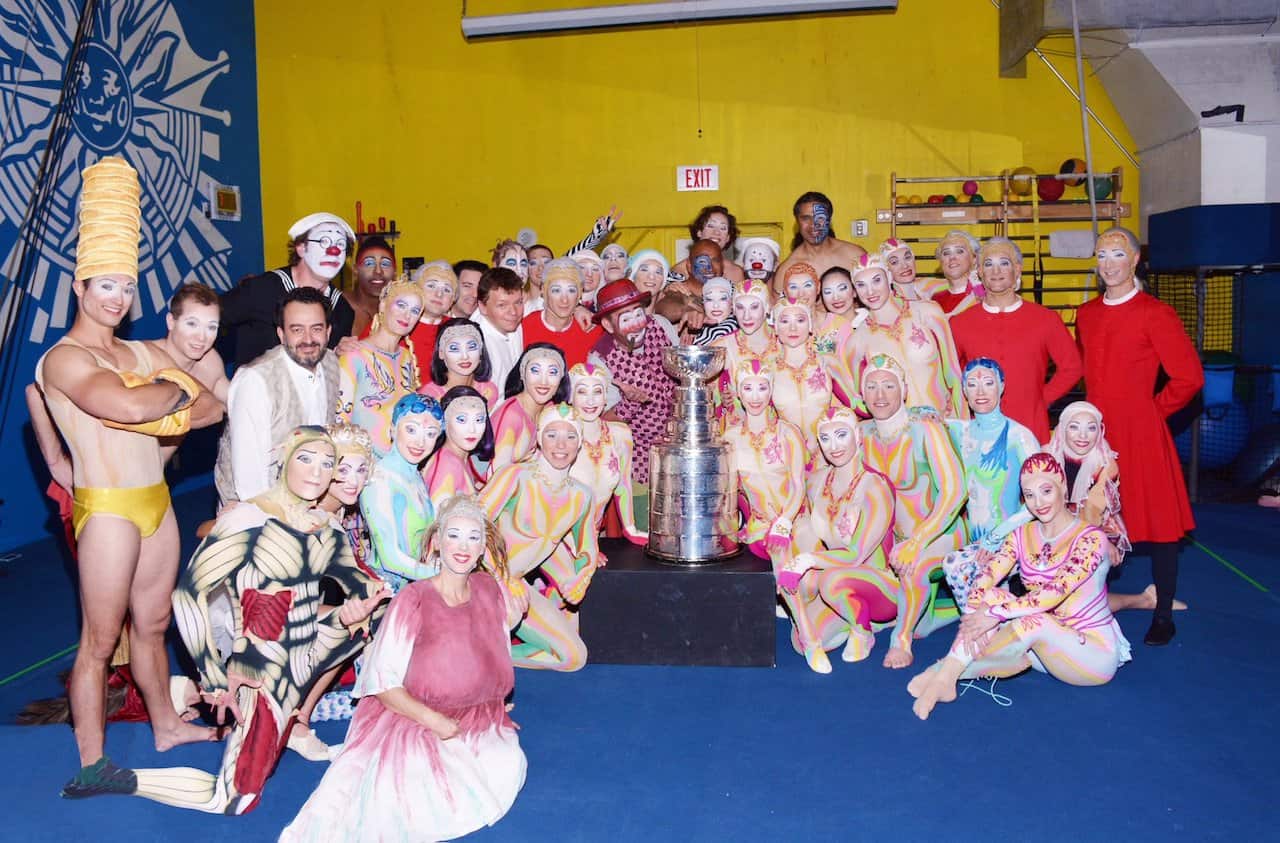 It is worth noting that some of the synchronized swimmers performing in O are former Olympic athletes. These top-notch performers have been selected and recruited from around the world, and long-time fans of the Olympics will probably recognize some of the names in their programs.

In addition to the synchronized swimmers who perform in the pool and around the water, there are dozens of other athletes showing off their skills above the stage. Acrobatics has always been a hallmark of the Cirque du Soleil troupe – the earliest performances were showcases for the best acrobats Canada had to offer. And O is a fitting tribute to those early days, with flips, catches and all manner of in-air acrobatics. 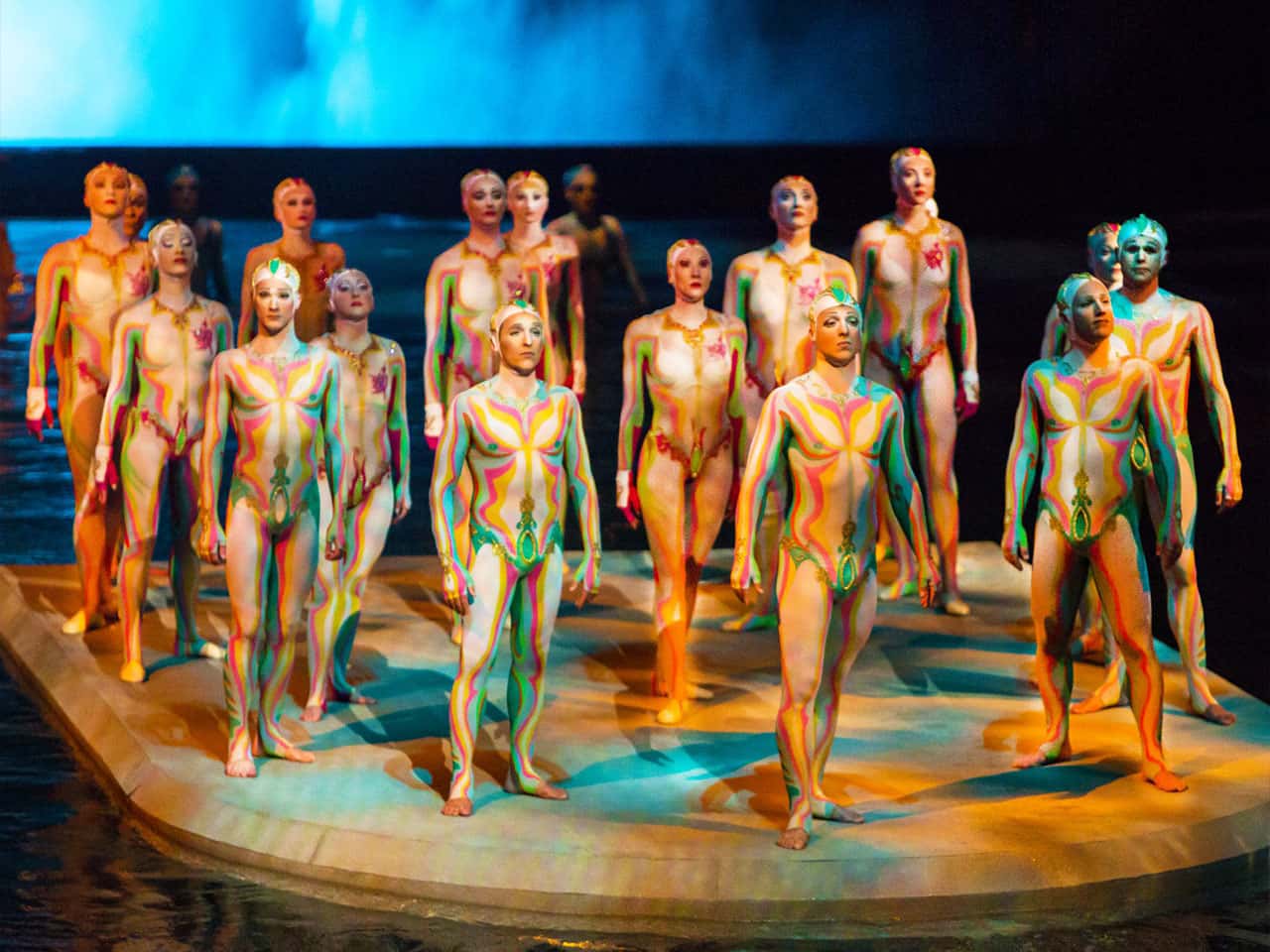 The human athletes may be the stars of the show, but the clothes they wear also deserve some attention. Cirque du Soleil has left nothing to chance when designing O and bringing it to life, and that includes the costumes.

The costumes used in O take their inspiration from many sources, including the clothes worn at the Venetian courts of old, as well as historical costumes dating back to the medieval days. There are also notes from India and works of literature like Arabian Nights. And since the action takes place largely in the water, every costume used in the show has been specially treated to help it withstand the rigors of chlorine and other pool cleaning chemicals. The costume designers are as much a part of the show as anyone on the O team.

One of the things that makes O so successful and so popular is the way it integrates various elements, including music. The music is a notable feature of O, and audiences have been seen walking out humming their favorite tunes.
Composed by Benoit Jutras, the music of O is truly one of the stars of the show. And like the costumes and the performers, the sound is deeply international.

The music of O features highlights from around the world, including African guitar and harp sounds, notes of the Chinese violin, Columbian cello and an astonishing array of percussion instruments. The score of O is performed live, with the performers seated behind a glass wall to protect them from the water.
The sound of O is used to set the stage, and it proved so popular that the Bellagio released the score as an album. Many fans of the show have bought the album through the years, and it continues to be a good seller.